Chapter Break music for my dad’s audiobook recording of his own novella. It’s a bit of a mash-up. That’s what happens, as it turns out, when I compose thirty seconds at a time, for interludes – but the excerpts by themselves sounded lonely and trivial, in the larger suite, there’s more of a flow. The story is about light and astronomy, with apocalyptic undertones or overtones or some kind of tones. Here’s the original tracklist, to give thematic flavour:

i wish i could stop dreaming of you
you're so irrelevant and so in my subconscious
subterranean girl, not super, what am i, on glue?
mostly sub, but i remember those dreams, so often

i wish i could stop dreaming of you
i wish i could get with someone new
like most people do, instead of huffing glue
and communing with delirium

but i have no job, and a drug problem
deep down i don't think i deserve a woman to love me
excepting an unterfrau for an untermensch

this isn't how i meant to live - dry and sterile
monastic music worship
i'm getting things done, in some hollow sense
but rock n roll is bogus, right kg?

swimming around the unconscious - could never get a handle on that car - making a run down the hundred kilometer highway stretch, and bashing into several support pillars of the roadside diner - again - i figured this time i would make a clean path, but no, whack, whack, whack, again, but i'm still alive - but i think the fenders dragged along some plastic figures, one of them looks like lisa simpson - somehow i'll have to explain that

somewhere along the way, is the post-office - along the way, from tampa bay to a cluster of apartments, where i tried to rent a room, to live in, on my own, and maybe with an ex girlfriend, but that never happened - ah, the post office, THAT was the post office i was trying to get into during a black out - it almost makes sense now, but not quite - bubbles, lots of bubbles, that's all

this is as close to serenity as i get, post-office - i may save the mad bears, if i get the chance, if the appropriate level of energy builds to an anti-climactic crescendo
- June 18, 2010 No comments:

I remember Richie. They called him "stinky". He was tarred with it, because of a septic fuckup under the floor of his alloted dormitory. Also probably because he had an acid reflux problem, and was forced to burp nastily every few minutes, so everyone assumed he was some sort of scumfuck who grossed people out for kicks. I remember this fat bald crackhead threatening Rich with ass-rape if the state of affairs continued. Assume makes an ass out of u and me. Well, mostly u. But it makes me a dirt-bag. But I'm used to that. It's the one thing I learned in middle school.

Rich was tarred and feathered. Maybe that's why he was my friend. Lord, I try to stick with the right kind of people, the kind who have figured out at an early age that you can suck in plenty of oxygen and nitrogen through your mouth, while easily ignoring the nasal cavity. It's righteous! How simple and natural it can be to filter out those pesky molecules of olfactory significance through a little tweak of the lungs. So then, if your pristine industry-standard perception is so offended, you can simply shut it out, and shut your trap, and not have to bitch. And everything will be so much cooler. Yes, I seem to jive with those kinds of people, although it's been so long since I've been in jive talking company that I almost forgot what jiving is, or what it feels like. Yes, I try to stick with those folks tarred with circumstance, maybe tarbabies of happenstance, who maybe happen to dance with this coincidence instead of pro-actively performing a complicated kabuki for entry into level one, of society. But I still get stuck in these paranoid yuppie bourgeois sinkholes on quite a regular basis.

At all costs, I've avoided the admission that I'm in the middle of a stupid schoolgirl-type freedom vs security drama. Blech. But I can't get out, until I acknowledge the situation. Yes. Now what? Well, I'll tell you what not. No more deep integration, if it can be avoided. Yeah. And c'est la vie, let the critics be. Let them point out the hypocrisy I'm already aware of, on a level they can't imagine. Imagination is rather spare, in the burbs, where you say you're dirt poor, for the novelty of sympathy. Man, I miss the people that don't judge me, I forgot how cool that was. How cool anything was.

it's this thing again, this thing where i want to express something, but i'm tired, and uninspired, apathetic to everything except apathy, wanting some way out - i can't express anything except how my left eye stings and burns, because i got ash in it, then forced the lid open to try and brush it out, which didn't work, so i doused it with water, and rubbed at it, and now it's so sore, hours later, and my eyes were kind of fucked up even before that, always sore and achey - the least they could do is look bloodshot, so i could feel like i'm valiantly struggling through some ordeal, but they look normal, except for some vague thing that looks like a dent in the cornea, but that might just be me seeing something that was there all along as a possible injury, because i'm looking for causes for this invisible discomfort

i want to close my eyes and take a siesta, the coffee doesn't keep me on the hamster wheel, caffeine isn't much of an anti-drug - the good times are gone, aren't they? i'll have to settle for reasonable and responsible times, or maybe there's an ashram i can sweep up around when i feel the zen meditation as too monotonous to bare

yes, this is where life has led me - this is the consequence of, whatever all those things added up to - this is me, as precursor for future fossil fuel - that's what organic material is good for
- June 17, 2010 No comments:

The Attack of the Imposing Figures


straight and narrow. Narrow. One more narrow, for the muddled metric slash imperial measure. One more narrow, for bad measure. A narrow extra bar. Put narrow in your barrow, take it home with you, it's what I'd do, in my right brain, with no philosophy or poetry, just a tired inclination to try and say something, anything.

So, I learned to run this maze, I got my circuit. I learned there's a button at the end, that I can press, to feel alright. Except I don't feel quite alright about it anymore. But maybe this time, it'll be like old times, when I press the button.

the sign said, trying to reverse psyche me out of hanging around. I examined this ploy, and went my narrow way, to the blues bar next door, and played an open stage, without drink or drugs. But I don't call that novelty. I haven't milked George Street, haven't sucked so much as a drop off the teat. But that's neither here, nor there, maybe a crossroads, but a speck through the lense I'm de-telescoping through, to this vantage of what's normal, either sleep dep or sloth, over medicated, too sober and too much coffee, but no amount makes me manic anymore, there's just some kind of grinding sanity, a narrow sanity that I can't see past, to what must be with the remainder, the coincidental confluence after application of the narrow theory that works pretty well for cleaning a house and driving a car, in every sense of driving a car.


Now, what can I say, but that I want more - it would be a yearn, but the anti-depressants keep me in crushing mediocrity, I barely feel alive. No ache, no sharpness, just the dullened pain of unfulfillment. Not that things are all that bad, no, this is a trough on an upswing. Yeah. But it all looks flat from the observatory, the place where merit has meaning, things have value, magnitudes are measurable. Because the dullened yearn is still there, buried under bullshit, and it wants me to write some poetry, not to write poetry, but to fucking well express what's raging against the lucid daydream, in fitful halfsleep.

Narrow search criteria. Yarrow sticks are probably a coincidence. They might prove something, if I could apply enough paranoia to the problem. Absence of proof is not proof of absence, HEY! That is what I was gonna title my improv, it still amazes me what things I retain in my memory, that serve no purpose, but I still gotta respect the integrity of that cerebral cortex. Maybe its non utilitarian functioning is why I love it, It, that alien gray bundle of nerves my feeling is perversely bound up in, by some cosmic accident, cosmic man, how else would I say it? It's what I came up with during this 666th trip down the maze. And I tell you, I don't believe in talismanic numbers anymore. I guess I'll just thank Santa Rosa I'm simply mediocre and tired and bored, and not complicatedly manic, and feeling that joy is tragic, and all frigged up therein. Close poppy.
- June 15, 2010 2 comments:

or was it electric? I've forgotten, but I haven't forgotten enough. Yes, I.

I'm bored enough to play a board game. But I haven't got energy to get one. Superhans is back on the rig. It means what I think it means, which is that he'll be away for a few weeks making money, but he'll be back for the crack. Which is not really worth it, or not even close, from a fact-based perspective. And emotions can't be trusted.

So, I need a goal that will seem worth it for more than a day. Something that will let me pretend that the last several years never happened. But, can't really think with this arbitrary food dissolving in my stomach, brain secreting thought like the liver secretes bile. Excess production of this and that. At the end of the Diamond Drill, after I've got the mogul maneuvers drilled into me, like the tenants of a spiritual program, I'll marry america's sweetheart, or someone like that, and it'll all have been worthwhile. But today, before even the start of any journey, I sit in the gutter, staring at digital pictures I took of the storefronts when I was high, all guilty by association. And secrete sarcasm, as a symptom of something.

I have a lot of podcast fraaaaands that I listen to every day. They don't know me but they're my best buds. I have to know their tak... 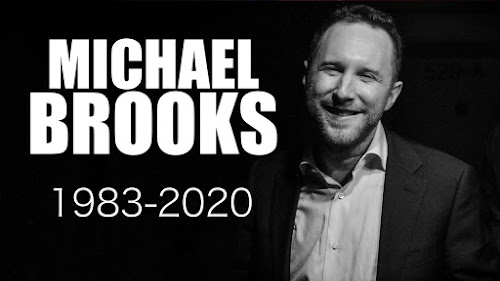