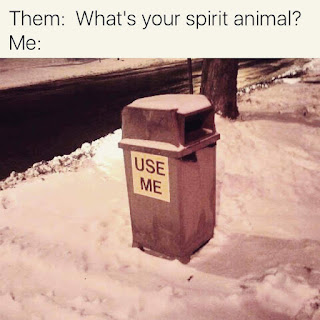 one day they'll find you, the rainbow cartel: the lovers... the dreamers... abusers... of self, shamanicized... to... abusers of others

turned around, calculated possibilities of abusing others, let's euphemize "using others", turn an inconvenient bag lady to a useful trashcan like the "better town" in Globex Corporation's video brochure, see it flap timidly under the cold wind thrashing a lonely snowscape, subtly beckoning negative space

surveyed possibilities of "using" others by turning on sociopathy like a tap, turning off strategically, to make a warm bed of insecurity, for us to cuddle up in each other, drop the confidence game, face confusing canopies of spreading-parting nebulae... and comment together at night in her designer's mood-lit interior, and trade humiliations, and pull up a positive sum, curl up a comfort so provisional, like a chanukkah candelabra

the rainbow cartel have smudged brains that care for no other until it's convenient - maybe one of them will find you convenient, take no for no answer - could find the bliss in that power trip, animal spirit you could bottle and sell to a man one indignity away from a mass shooting - but it's not open to full spectrum paranoia of a stable of others to use and abuse, the worst thing she could do to me, given carte-blanche, use me too then---leukocyte comets streak under my-eye-balls in a burn of cynic bliss, later-cuddle-playlist when i want to talk about it with you, only you, forget abstractions, rub shoulder, decide to believe, even at the risk of being seen to buying in to what i want to hear, because it's so open to interpredatory ratios... later, calendrical, bury denials inside implausible inverted pyramids laid bare, it's fucked up, that's okay, it's beautiful when torrents drown tornadoes