if these are life's terms, then fuck living life on life's terms - or, can i live on my own terms if i just stay sober? take me anywhere, is that what she said? christ - animals don't put themselves through this - maybe make my own terms? a little comfort, a little fuck you buffer to the edges of the world? would you wanna see me burn out that quick on clean clean fuel? would it be worth having me have a paycheque, to keep up appearances? like, there's an example of terms that are not my own, and don't need to be lived on anyway
- July 27, 2014 No comments:

I shouldn't be a foul-weather blogger. I should write more positive things, share positive moods, they do exist... if I feel like it, cause contrivance isn't my style. But it just so happens that I do feel like being positive, yes, I will allow for that eventuality. Even if that also makes me feel like a tool. A tool for Ned Flanders' God can't be such a bad tool to be. Not the sharpest tool in the drawer, better for spreading mortar.

There's a high I can feel from a good meeting that reminds me what it's all for. I can even sometimes get through the awkwardness of people crying around me, and spilling tears of rage and grief and shame and sickness, and sometimes joy. Can be cool with the awkwardness to some extent, and come out feeling high. And the reason it's such a good reminder is that it's a high based on something real, earned, and pure, the euphoria of seeing other wretches saved from the grave or misery by the healing spirit of a spiritual program, and the plain friendliness of other people that allows it all to happen. The road to heaven is paved with good intent and awkwardness.

Even euphoria based on doing a good job at something, or having mastered a skill - ego-based gratifications - they're healthy and infinitely better than material satisfaction or synthetic bliss, but still based on too many false premises - that my little life is so special, for playing something on a keyboard that's too complex to pin down.

But the euphoria that comes from a good meeting, sometimes it even feels like it's good enough, like I don't need to ultimately turn to the substance crutches again. Every once in a while, it's powerful enough, that it feels substantial, like what I'm supposed to be getting out of participating in this "next-right-thing" spiritual doohickey. The trick is, I think, that it's mostly beyond ego, it's more feeling a part of helping others, and being one of those helped, in a pure way, leaving room for gritty war stories to texture up the primary color candy coat that brings nausea. So, beyond ego, ergo, less transient.

So there, positivity, good I suppose, even though it smacks of charity, and doesn't satisfy me in the raw sense that a good miserable ramble does. Now I can get back to being sarcastic and bitter.
- July 19, 2014 1 comment:

I should be grateful, stop resampling sour grapes, it's tasteless picturing maggots. Starland vocal band tattoo associations, idea balls... baked into the cake, certain words sting me, sweet is so edgy, cuts me, honeycunt, fuck it, the fucking moon, over. Bitterness, because hunger, big belly, small mouth. Frustation in hyper-sexualized society, personal politics, power plays - practice chatting with checkout girls cause they got no choice.

Wouldn't the most telling change be to change what I express here, of all places? Or does this have to remain the sick room? Yeah, cause that's the maison d'etre. Maybe it says something that I'm - cut up - waiting to die. I didn't think how it sounded when I said morbid things and freaked out facebook kinfolk. Didn't think. Blink, hazy blank interval that won't clear. Blinking back to bed an hour ago when I meditated, cogitated, in love with loving the abstract. In bed - isn't interesting in my case, adds nothing to the context, no euphemism. Quite a lot of sleeping going on, as well as lying down and pseudo sleep, and rest, and restlessness, and recharging a full battery, and failing to affect a dead one.

I could get on the broad highway, and be more outwardly grateful, even in writing, share spirituality. But I wouldn't be here, writing, if I was into doing that. Global hotkeys, miserly spirit, swipe, fuck, cockgoblin, douchecanoe.

Promises, they said. Code words. Sometimes the symbols pile so high they fall and I suffocate under them, the only death a clinically demented hoarder deserves.

I want a reaction. Ought to pick a fight. Start some drama. Now that things have settled down, sickness regroups, attacks me from angles of quasi at the quackadero. All I really want to do is lie back down and listen to more math lectures, and understand a repeating fraction, and barely let on that it's mostly about a voice that makes me drowsy. Addiction to the drowse-inducing voice. The best I can hope is that it's a quirky vice, or at least a silly detail that I alone (in a sample size of ten thousand individuals) put into words, to give voice to a rarely-mentioned grain of reality. So the drowse addiction may be as common as the common assclown, but I staked a claim on a description and mined it for material, like the observational humour that hasn't been tapped yet, between Jerry Seinfeld and George Carlin and their thousands of imitators. That's gotta be 44% of the sum, roughly on par with petroleum reserves, or if we're not at peak awareness of human foibles, maybe closer to peak phosphorus. Peak apocalyptic gloom seems to be far away, perhaps perpetually in the future if we're lucky.

So, or and, or therefore, ie, fuck meaning, let it forever remain elusive, give me the wisdom to avoid it, even if I can't be granted the satisfaction of knowing I'm dodging it, so artfully. There may be enough iterations of wallflower patterns to string out what life I've got left.

21st Century Pythagorian Prototype mourning for a partner in rhyme, 1/17th of a multitrack wavefile. I don't want to know if it's the future of listening to music or not. Oh, no, stop, don't tell me. The information age is my poison. It's allowed this string, this mutation of viral code, in which I describe using digital audio mixing technology as metaphors for ugly aspects of life. Sometimes they can be pretty too, like a spectrum of frequencies, like a peacock's tail, but isn't that gaudy, really? Who does that display work on? Oh right, the superior people, with chiselled features and social skills. Who partied harder, the gays or the ravers? Or are they still at it, do people still do that, if I'm not around to see it as being frightfully new and frightfully cute?

There's no meadow to go to, to get all spiritual, nature does nothing for me anymore. I'm pickled synthetic, I'll say, just to indulge in comforting cynicism for a slur and feel there's no way out of it, this is my cushy vampire coffin.
- July 11, 2014 1 comment:

Luc's voice in my sunrise 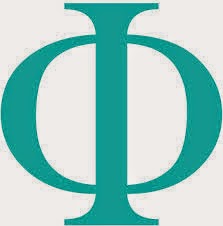 Dude. That house in the country ain't funny, 'twas a beautiful dream once upon a time, near-reality. The pump was practical. I was so proud, I brought a vial-ful of its first water to my father-in-law. He shared that with you, did he? Dude? What's so funny 'bout peace love and understanding? Bro, why don't you get a phi tattoo in my memory? If you can find a place on your body to etch that isn't too hairy, hahaha.
- July 05, 2014 1 comment:

Sweeping serious blog malaprop swipes. So it's okay to order everything online? Oh, I hope so. I can feel okay about customizing my life, riding shotgun runon ribbon hydro-electric night power surplus. I can feel betrayed by apocalyptic solipsists in paranoid mirror caves?
- July 03, 2014 No comments: