what do you do, mine malls? 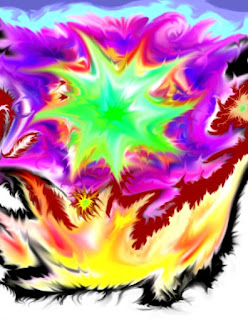 It'll be more of the same, with a tinted windowpane. Just a friendly warning, the plane is coated with volcanic ash, it won't last long. Which diamond vest has an interest? The leaders of tomorrow are beyond my ken. But I smell of Husk Musk, and that's all that matters. Hammett solo. 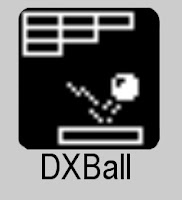 There's nothing to buy at the corner store, plenty of porn on the comp, medication will continue to block the groove. Well, I guess this is how it will have to be. This is how California crumbles, this is what the HTML code allows, this is how the world works, this is how my body feels, despite whatever I do or don't do, or think or don't think. Today it's that "abdominal" pain, a blast from the past. It could be a Hopi prophecy, I should consult the rhomboid oracle, it will clarify self-made destiny, not just for me, but for everyone. I don't find solipsism comforting, for the record. I don't find moral relativism tasty. But those objections were overruled and have been stricken from the record.

Item! It's Juneau fever. It's not a dream. Too bad, there was phencyclidine in a barrel, in a gulag dream. Dreams of work and phencyclidine in a Khazak lodge. It's in the top margin. Holy shit, shards look so good I could cry. O synthesis.

Join our quest for blame! It's the only thing that got me out of bed. If we could wield it, it would be better than the wheel. Imagine. Just don't blame me, if I'm leading you down the garden path. See, it's scenic, isn't it. It's a scene, anyway. Of a sort. Assorted scenes.

it's always something, psychomotor malfunction, glitches in the body, glitches in the brain, tactile obsessions, behavioral compulsions, something irritating constantly, barring sleep, can't even sleep, even though i shouldn't sleep, i've already slept enough for a dead man - it's getting worse, it's always something, this endless moment it's a dry mouth oversalivated, compelling me to swallow every few seconds, sounds contradictory, i know, it's been endless moments for several days

and it's being drained, i got a get out of gravity free card for a couple days but that expired today, and it's back to being tired all the time, i'd do that, but i don't wanoo, can't seem to manage it, if i could manage it, i'd do it, although that sounds like bullshit - nothing's to blame, or i don't know who fixed this game - i remember when chemicals were my keys, i'm trapped anyway, in any place, might as well pursue the fleeting illusion of escape

oh, it's nothing new, can't make any metaphors that aren't obvious, i'm just transcribing a ten millionth hand copy of the book of the dead on the inside of a wooden coffin for later use
- April 17, 2010 No comments:

heavy lids mean nothing - sore eyes are irrational - algebra is absurd
i'll tell you what to do - listen to pablo francisco's flailing oriental stereotypes - they're so casually blunt they blur the line between laughing with racial humour, and laughing at it - and laugh at it, it's hilarious, and there's nothing wrong with a laugh - and no one will hear, the best laughs bounce off the walls, and it's lovely to hear the echoes and know it's your personal cave of laughter
it's not as good as the cackling cocoon of the mind before metamorphosis, when the itch is all there is, all you'd want, like an opiate reverie; how can i miss you if you won't go away, ghosts? but i guess i "lost" my personal data tracker in one of your apartments, didn't i? and it's pinging on my console, that's what that is, mapping routes through synaptic gaps, absence, to substance
they never got this obelisk out of the quarry, but why worry? do sarcophagi care? i put your bootstraps in a bank vault, young lad, it's a trust fund, i trust you'll learn how to levitate when i open the gate, it's a stargate, i wouldn't trust you with money, i trusted you with drugs and women, and they were real enough, at least you didn't crash the car like i thought you would, maybe you were east according to the west, and charmed
nonsense, you say - you don't pray, and you went back on your promise to complete the pro bono audio project the day st. anthony returned your keyboard's volume knob to you, safe inside the front pocket of the gig bag, i blame medication, the ones you're allowed to take, the mood stabilizers and nicotine blockers, they won't let your superstitions reign, and that's a shame i think, you don't know what luck you're missing, you gotta throw the dice once or twice in order to win big - back home they call that a swagger, they called me a braggart and a bullshit artist, well, that's where my heart is - living on reds, vitamin C, and cocaine - uptown, downtown, just drive me around, drive me craze azlong azthings'r in motion. Notice how my stenographer put the apostrophes in my slur, he's the only reason I get out of bed.
- April 07, 2010 1 comment:

Email ThisBlogThis!Share to TwitterShare to FacebookShare to Pinterest
my life is meaningless without an iguana
- April 07, 2010 No comments:

Urination is getting something done. The aim is subpar, granted, but the intentions are fair. They'd get a gentleman's C at Yale.

Becker's hunting mice. The world's still lazing along where the sun's set. I take it the bright boys and girls of my generation are building better machines at MIT, maybe they already sold their free energy generator to the multinationals that are pimping fossil fuels while they're still sexy. Technocratic capitalism, of a sort.

The pesticides in your head, my generation's Bob Dylan, are 1 part per trillion. Yes, they're there, can't deny it. But in statistically insignificant amounts. Or let me put that in a way you won't sneer at and turn into another song lyric: Insignificant amounts. In other words, they don't have any effect on your health. All those trace amounts of toxins and otherwise interesting substances in aggregate, on the other hand, well, that's kind of impossible to calculate. But I like when I get bonus chemicals. I consider it good fortune, better than I ever got from a cookie. Every Good Bear Deserves Fentanyl. You think these cats love us? I think they do. It's just hard to separate love from food and shelter and pesticides.

okay, i got out of bed today
after the most recent patch of half sleep
wandered outside in my perma clothes
and chopped some wood, it made a pleasing sound
- April 07, 2010 2 comments: thinking about the bank vault

i remember what i stashed in there - maybe it would have been good to forget, but i'll never know - banking on this, banking on that - in service to the pharaoh's good intentions - good substrate credit rating vacant eZbreathe - can i make this a beacon of mediocrity and say that tired stagnation is not something to be envied, even when enduring the most dire consequences of hedonistic dialectics? doing nothing, nothing to do, doing nothing, oh, shouldn't i be doing this and that? hey, body thetans, take this golem model for a test-drive, his characteristics aren't getting much mileage

i tell ya, there's no soul in this mudhole, the sunshine don't synthesize it - i wonder if the banks will lend me money for self-destruction - damned if you do, who do, voodoo? damned if i don't, might as well rack up more debt to be destroyed - i wish i could extricate myself, the streets are paved with rock candy, slippery, i can never get far - i guess i'll lie down again, eventually chat with the bedbugs, eventually
- April 06, 2010 No comments: