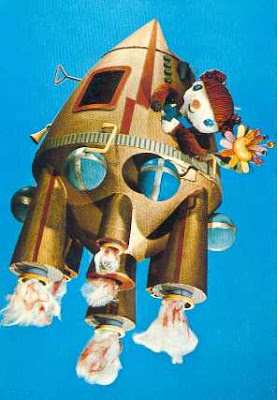 Del. A djembe loop made things fortuitous for a fortnight, focusing a laser web on the concession stand of the jungle pothole joint, renegade vendor, unlicensed, selling blinking things to retards.


Lilly saw Ivory, bought from him a forced lovesong with heartfelt lick, a bag of licorice, and two gelcaps of brown codeine crystal resin - a good sampling of his wares, he agreed. All for desert, of course, when else would you use such things? Yes, a night of reverie for Lilly.

She was talking in a most refined language, suave tones, with pleasant peasantries like tasteful grout in the grotto. Taking pictures.

"Lilly, I'll do anything to be your friend. Just clap your hands and I'll come again."

It never got timeless enough. It almost dissolved on level 29. It just happened to be that. A trick deck of tricadecimals. Gaming the system. Taking advantage of hybrid children and homonyms, mythofractures, almost shameless wank. Without the psyche. Forgotten. Remembered schematics for realtime writing, structure poetry, point A to point Z, not structured, but structure itself, pure form. Yeah, that was fun. I was into it once. Then it became an identity which looked awkward on me. Felt worse. So I slunk away from a monstrosity of virtuosity. A vice. But hectrosity is nice. As I see it. A call. And a dial tone. Where did the djembe loop go?

It was a meth idea, long since negated. It dissolved in the whirlpool of a memory. When the whirlpool was a whirlpool, not a hot tub, or a jacuzi, or anything, but it was what it was in its pure introduction, when it was imprinted on me, when it was upstairs, in the only true and pure whirlpool room that will ever exist for me. When it overlooked the exercise room. When there was no such thing as confusion. Just blissful whirling ignorance. In a retro rosy tint, because childhood was most likely constant trauma I can't remember. I betray the past and the future for present delirium. Delirium is where my allegiance is. I render unto delirium what is delirium, which is everything. Delirium for president.

I never feel bad about delirium, when I feel good about delirium. That's why I'm sitting on this lawn chair in the afternoon sun letting bygones be bygones at the crackhouse behind me, laughing at the property values, pretending that fall is spring.

When I can't get what I want from the world, I write. I would sell it all, the ivory, everything, if anyone would buy. I'd be the person you want, I'd be jewelry, ornamental, for that fortuitous fortnight. I'd deal drugs but nobody's buying, but I can write about drugs, and I will, even though the thought loop is okay, with a djembe, I'll say, hey, even though it's odd, it doesn't stick out on this blog. Del.
- September 18, 2007

cutoff - Cutoff from nothing, it's okay, there was nothing there anyway - wallfacer, door closing, wallfacer project... let's cut ...